Deadliest Animal on the Planet
Forget sharks, spiders, snakes and snipers. Far beyond all deaths through animal attacks and human conflict, each year, the mosquito kills around 750,000 humans. In fact, it is estimated that every second person that has ever lived died because of the bite from a mosquito !

Countless other people are directly affected in the wake of the mosquito’s devastating hunger for human blood. Billions of dollars are spent every year to both prevent mosquito bites and treat those who have sustained an infection from one.

Global Problem
No longer is this issue limited to Africa, as mosquito populations explode around the world.

This is due to two main factors; man and global warming.

Fearsome Four
Of the 3,500 species of mosquito, only a handful are responsible for spreading disease. 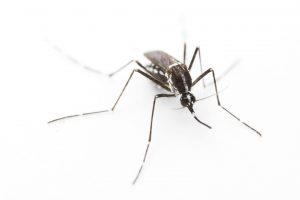 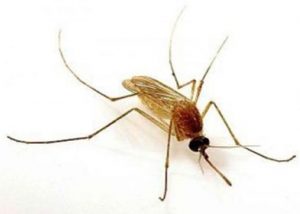 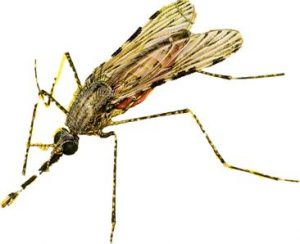 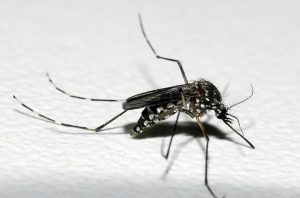 Aedes Aegypti
Known as:  The Yellow Fever Mosquito (prefers feeding on humans)
Visible Characteristics:  white markings on its legs and a marking in the form of a lyre (harp) on the upper surface of its thorax.
Bites: In Daylight
Disease Carrier: Zika Virus, Yellow Fever, Dengue Fever, Chikungunya

Only female mosquitos bite in order to obtain protein for their own young and so ensure the survival of their species. They target in on humans through compounds given off by the skin, exhaled carbon dioxide, movement, and body heat.

Once a disease free mosquito consumes blood from an infected person, that mosquito absorbs the blood through its gut and the infection is passed into its own circulatory system which travels to the salivary glands. When this mosquito then lands on the next person, she prevents the victim’s blood from clotting whilst feeding by injecting saliva into them. The transmission of the infection is now complete. And she will repeatedly do this to every person throughout the rest of her 6 to 8 weeks of life. The disease transmission is incredibly efficient.

Disease Payloads
Malaria
Infections start as fever and nausea as the virus sets into the liver to breed and prevents flow of blood to the vital organs. Malaria attacks and kills the red blood cells to breed further and without immediate treatment, infections can lead to kidney failure, coma and death.

Malaria is endemic in South America and South East Asia but mostly in Sub Saharan Africa with a total of 214 million cases reported each year, killing over 500,000 people a year, mostly children.

Zika Virus
In most cases, this infection leads to a week’s worth of low fever, rash, joint and muscle pain, and reddened eyes, among other symptoms. However, the virus can reach the nervous system through the bloodstream and cause the body’s immune system to attack the nervous system. Most adults will survive with little harm done, but expectant mothers infected during pregnancy can have far more serious complications. The Zika virus will directly attack the fetal nerve cells leading to an under developed brain and head, called microcephaly. This now affects thousands of children globally in areas where Zika was never even heard of. Since November 2015 over 2600 babies were affected this way in Brazil resulting from a single mosquito bite exploding into an outbreak, infecting 1 in 4 adults. Birthdays for these children are not measured in years, but rather celebrated in months.

Zika was named after the Zika Forest in Uganda when it was discovered in monkeys in 1947. In 60 years since, there were only 14 cases reported. Today, it is transmitted in 84 countries by mosquitos and publications estimate that 2.5 billion people may sooner or later become infected by this virus.

Dengue Fever
Once infected, the virus breeds in the skin cells near the bite and then infects and replicates inside specialised immune cells of the victim. The immune system is tricked and it transports the virus to the lymph nodes where it infects more immune cells, where it then spreads to all parts of the body. Joint pains, swollen glands, a high fever, headache and a rash soon follow. Fortunately, the immune system has other defences and the patient eventually recovers their painful ordeal. It is worth noting Dengue Fever is also known as “Break Bone Fever” because it is so painful that it feels as if your bones are actually breaking.

Dengue is the fasted growing mosquito born disease on earth with reported cases of 3.2 million per year.

Chikungunya
The name originates from East Africa where it literally means to shrivel up. The victim’s whole body cramps up and gnarls with joint pain. Usually the victim suffers fever, rash, muscle aches, and joint pain, headache and possibly even joint swelling.

Chikungunya was discovered in 1952 In Tanzania and with international travel, has now been distributed across the globe in just 50 years.

Yellow Fever
This virus replicates in the blood and tissues, potentially damaging the body’s vital organs, particularly the liver. When liver function declines, the skin and eyes become yellow which is known as jaundice. The body’s ability to form blood clots is reduced. Internal haemorrhaging may occur from areas such as the intestines. Damage to the heart, brain, and other vital organs can cause shock, coma, and increased susceptibility to bacterial infections. If a person survives a severe infection, it may take several months to fully recover.

The World Health Organization estimates there are 200,000 cases of yellow fever worldwide each year, resulting in 30,000 deaths. 44 counties are currently denoted with a risk of yellow fever transmission

If we are blind to the danger,
we are destined for a reckoning.
All it takes is one mosquito.